Both preservation and development are important for Paterson. To celebrate Paterson’s past, we look to the future. The Paterson National Park will be a vital contributing part of the community, a vehicle for economic progress, and a source of local pride. The National Park also will help transform the image of Paterson for living and investment.

Paterson now is building those things that gave the City its special character—the unique mix of structures, cultures, neighborhoods, and traditions that comprise Paterson’s legacy.  The President of the National Trust for Historic Preservation—Richard Moe—has testified before Congress that Paterson has the finest remaining collection of industrial buildings representing each stage of America’s progression from Hamilton’s time to the 20th century.

The Paterson Great Falls Historic District can become a vibrant exciting urban environment.  The Mill Factory complex provides a variety of exterior spaces that will become courtyards and walkways.  The homogeneous scale and texture of the buildings, as well as their simple floor plans and structural systems, accommodate a variety of adaptive uses.  Pierre L’Enfant’s raceway system also provides a green public footpath connecting different buildings.

As Paterson grew to national and international prominence at the end of the 19th century, philanthropists and civic leaders commissioned magnificent public buildings that stand today as architectural counterpoints to the brick factory buildings. Paterson’s City Hall was designed by the architects of the New York Public Library—Carrère & Hastings—who drew inspiration from the design of the Hôtel de Ville in Lyon, France in building a new city hall for Paterson, the world’s other great silk-producing city. Henry Bacon, who later would design the Lincoln Memorial, was the architect for the magnificent Danforth Public Library.

Paterson’s leading architect in the early decades of the 20th Century was Frederick Wesley Wentworth. After Hamilton Partnership trustee Richard Polton, a real estate expert and urban planner who grew up in Paterson, learned that Wentworth had designed many of the buildings that played a signature role in his family’s life, he set out to learn more about the life and times of Fred Wesley Wentworth.

Paterson also commissioned the Olmsted Brothers to design gracious parks and monument sites. At Eastside Park, residents recently celebrated the first phase of rehabilitation of a historic horse barn, beloved by aging baby boomers as a refreshment stand parents and grandparents took them to in the 1950 and 1960s. 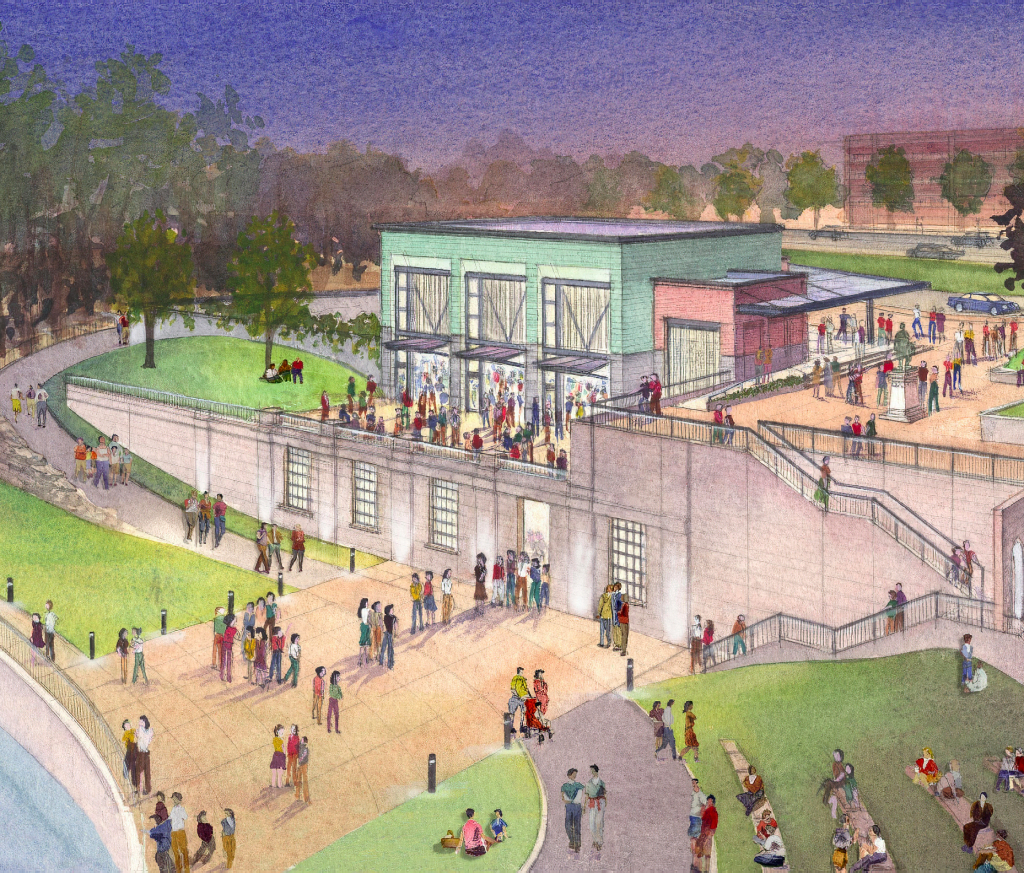 The Alexander Hamilton Visitor Center is just one of several planned park improvements that will be underway in 2022.