Ron Chernow, the author of the best-selling biography of Alexander Hamilton, explains that Paterson “became the home for this industrial laboratory, this futuristic city, this model of what America could be.” Hamilton made Paterson a model of technological and engineering innovation from the start, beginning with the first successful attempt within the United States to harness the entire power of a major river.

Hamilton called for manufacturing—the “high tech” of the 1790s.  He wanted Paterson to become what Ron Chernow calls the “city of the future,” a laboratory for innovation—what today we call a “business incubator.”  The National Park will tell the story of Paterson’s history of incubating successful new businesses, from Colt to ADP.

Fulfilling Hamilton’s vision, Paterson became a great manufacturing city for many industries.  People invented and produced goods that redefined the limits of life, changed our Nation, and transformed America’s relations with the world:

Innovative businesses also continued through the twentieth century.  Paterson is the birthplace of Automatic Data Processing, Inc. (ADP), the great international company that provides electronic payroll and other technology to serve corporations around the world. The company was formed in 1949 by three sons of Paterson immigrant textile workers, Henry Taub, Joe Taub, and now United States Senator Frank Lautenberg.

Paterson is still the home of innovative manufacturers, including the world’s largest manufacturing facility for commercial and security holograms.  Paterson is a living testament to Hamilton’s economic theories and demonstrates the entrepreneurial spirit, engineering, and technology that led America into the industrial revolution and onto the world stage. 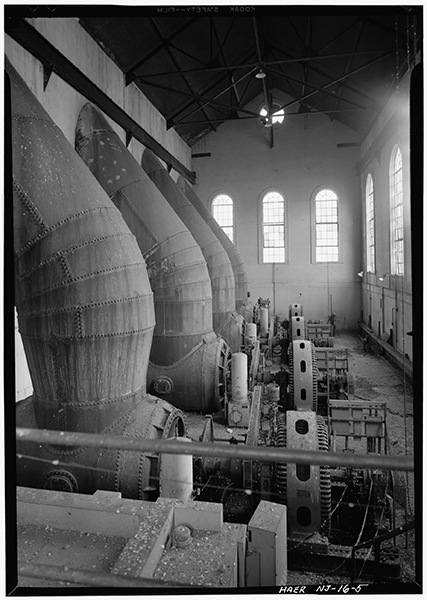 When the S.U.M. opened the hydroelectric plant in 1914, its primary purpose was to supply electricity to Paterson’s mills.