To design America’s first hydropower system, Hamilton selected Pierre L’Enfant, who had just completed the city plan for Washington, D.C.  For one hundred years, waterwheels generated power for Paterson’s industries.  When electricity replaced waterwheels, Paterson built a hydroelectric plant opposite the Great Falls. When the plant opened in 1914, its primary purpose was to supply electricity to Paterson’s mills. Today, the refurbished plant distributes electricity to homes and businesses throughout the region. We are working on plans to increase its energy production.

Hydroelectricity is “green” energy because it does not require burning fossil fuels, like oil or coal. The plant produces hydroelectricity from the energy of falling water. The power plant is situated at the base of the Great Falls to take advantage of the natural geography of the 77-ft. high falls. Water is drawn from the river above the falls in a channel called the forebay, cut into the hard rock of the cliff. Gates control the water’s flow, and screens capture debris and trash in the water before it enters steel tubes, called penstocks. The penstocks, which are angled down at about 45 degrees, direct the rushing water to one of three active turbines. The turbines look like propellers or pinwheels. The water rapidly spins the turbines; the turbines spin steel shafts and the shafts tum generator. The power plant produces no significant waste material. The water is returned to the river as clean as it was when it entered the plant.

Above the door of the power plant are the initials “S.U.M.” and the dates 1791 and 1914. S.U.M. stands for the Society for Establishing Useful Manufactures. The S.U.M. built the plant in 1914, but the S.U.M. was established in 1791 during George Washington’s presidency to develop the power potential of the Great Falls. Since ancient times, waterpower has been used to tum mill waterwheels that were used to supply power directly to machines through systems of shafts, gears, pulleys, and belts. Alexander Hamilton, the first U.S. Secretary of the Treasury, created the S.U.M . to help America achieve economic and industrial independence from Europe. The key to Hamilton’s plan was a system of factories powered by water from the Great Falls.

The S.U.M. ranks as America’s first effort to create a planned community devoted to manufacturing. The S.U.M .’s charter gave it control of the lands around the Great Falls and water rights to the Passaic River. The S.U.M. soon discovered that the water was its most valuable asset. By 1838, the S.U.M. had completed an impressive three-level, power-canal or raceway system that exists in Paterson to this day. By the 1850s, the factory sites along the raceway had been filled, and what had been rural farmland was turned into a great manufacturing city. In the early 1910s, the S.U.M. decided to convert the mills along its raceways to electric power because of chronic water shortages.

As northern New Jersey’s urban population grew, water companies took increasing amounts of valuable water from the river. Sometimes water levels fell so low that the S.U.M. was unable to provide water to its industrial customers. To meet this challenge, the S.U.M. joined in agreements to better manage the water supply. Eventually, the S.U.M. fell under the financial control of a trust company that decided that the water used to power Paterson’s mills would be more profitably used as potable water. The S.U.M. built the electric power plant as a means to ending the mills’ reliance on water from the raceway. The hydroelectric plant used about half the water to generate the same amount of power. The S.U.M. also built an auxiliary coal-fired steam plant (demolished in 1960) that supplied electric power when the river ran low, as well as steam for processing in the mills. 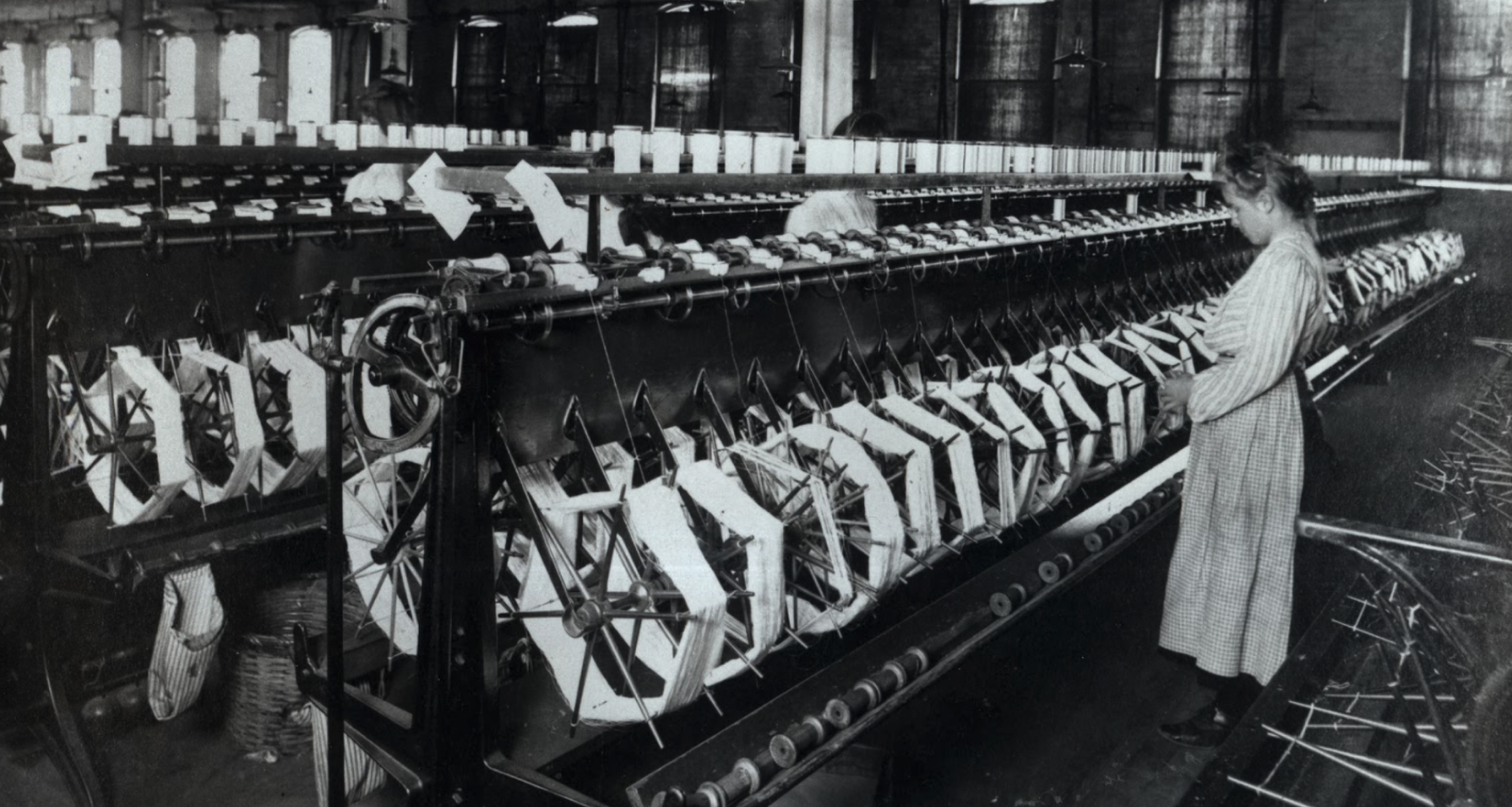 By the mid-19th century, Paterson became the largest producer of silk goods in the world.